Coffee lovers are discerning people, and there’s a lot to say about its many flavors, aromas, and origins – but one of the biggest differences between coffees is most striking before it even reaches your cup. 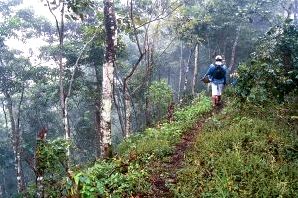 It’s the difference between conventional and organic coffee. Even if you already choose organic in the produce aisle, you might wonder why it matters for your brew.

To put things in perspective, coffee is one of the most widely traded commodities in the world – with over 12 billion pounds of coffee produced annually.

Meeting that demand is no easy task. So over time, farming methods have been developed to maximize production – but often at the expense of human and environmental health. What results is the non organic, conventional coffee that many are used to. So what’s the difference between that and organic coffee?

First, conventional coffee is among the most heavily chemically treated foods in the world. It is steeped in synthetic fertilizers, pesticides, herbicides, fungicides, and insecticides – a real mouthful with a bad taste. Not only does the environment suffer from this overload, but so do the people who live in it. Farmers are exposed to a high level of chemicals while spraying the crops and while handling them during harvest. The surrounding communities are also impacted through chemical residues in the air and water. These chemical presences are not just unpleasant; many are highly toxic and detrimental to human health.

In the case of organic coffee, there are no synthetic fertilizers or chemicals used in growing or production, which means cleaner beans, air, land, and water. The coffee is grown with only organic fertilizers, like coffee pulp, chicken manure, or compost. Organic farms also combat climate change by emitting less carbon than chemical farms, while also sequestering significant amounts of carbon. As a bonus, organic coffee beans are richer in healthful antioxidants, and many people can even taste the difference. Your health, and the health of the planet, both get a boost.

Second, most conventionally grown coffee plants are hybrids developed to flourish in open sun. Coffee naturally prefers the shade, but a crop grown in thick forest is more difficult to tend and harvest, and cannot be planted as densely.

Forests are cleared to make room for open fields in which to grow mass amounts of this sun-loving coffee variety. Production increases, but the wild ecosystem of flora and fauna is demolished. Natural pest-deterrents, like birds and lizards, are left without a habitat – and coffee-ruining insects overpopulate, leading to more pesticide use. And without the natural fertilizer of these ecosystems (bird droppings, leaf litter, and natural decay) the use of chemical fertilizer increases.

When it rains, the lack of tree cover means there is increased water runoff. Soil washes away, and with it go natural nutrients, eventually eroding and degrading the soil so much that growth is almost impossible. The rainwater carries away not just the soil, but all of the chemicals it has been treated with, and both end up in local water supplies. 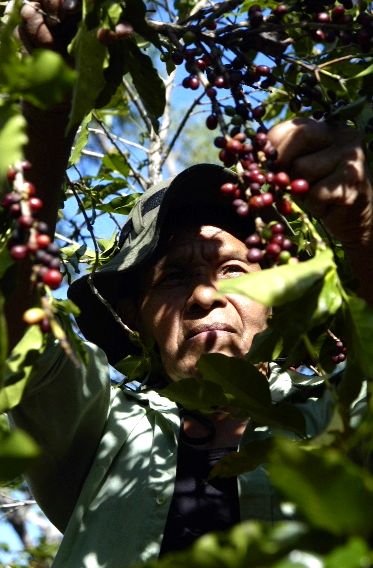 Most organic coffee is grown the natural way – within the shade of lush forests, providing a home for wild plants and animals, sustaining soil fertility, and keeping unique regional ecosystems alive. These forested farms also more resilient and better equipped to handle unusual weather patterns that are a result of climate change, making them a safer investment for farmers and their futures. Hundreds of thousands of acres of South American rainforests have already been demolished for various industries, but Equal Exchange has partnered with co-ops that are working to restore the land to its natural forested splendor while growing organic coffee.

So what can you do? The organic coffee market has grown according to increased demand from people who want to drink something they can feel good about. Industries can and do change based on the choices that you make in the grocery store or at your favorite café – so you can vote with your mug! By purchasing organic coffee where you can find it (and demanding it where you can’t), you support systems that value healthy ecosystems, sustainable methods, and superior coffee. Now that’s good taste!

Simply Cherie: You're killing me! I'm going to look for that 🍫﻿