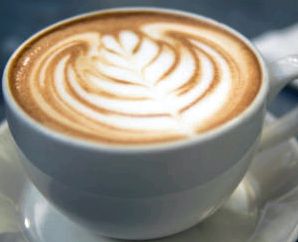 How can you take yours?  A great deal, a little if any milk inside your coffee or tea?  Personally, I love my espresso after some milk and capped after some mound of foamy milk, less than a macchiato nor a cappuccino however a small version somewhere among. But does milk really destroy the anti-oxidants in tea or coffee?

Recently, someone pointed out online information from the trustworthy doctor’s site that stated so…citing the study et al.

My ideas were, “here we go again…the old milk controversy”.  Every couple of years the ‘proof and research’ appears to shuttle about this.

So, I just read the study again regarding the why (milk supposedly destroys anti-oxidants).  And even, laboratory results reveal that the milk protein, casein binds towards the anti-oxidants in tea or coffee, rendering them no more bio-open to your body.

Hmmm…really?  Through the years and observing research contradicting itself following a couple of years because of much deeper studies or better research methods (recall the 70’s-80’s eggs-are-bad-for-your margarine-is-healthier-than-thou (err..butter) hype?  Indeed, it required mainstream news and also the average physician nearly twenty years to simply accept the greater research that stated the issues in individuals myths.  Meanwhile, John/Jane Q. Public was crying over their shift to some forget about real butter nor eggs lifestyle and driving restaurants crazy using their ‘omelettes without egg yolks’ demands.  And feeling smug about this.

But, the issue about dairy ‘destroying’ or better stated rendering anti-oxidants bio-unavailable in coffee and tea is really a valid one.  To some extent.

To become obvious, some laboratory studies have demonstrated  that milk protein truly does interact and bind with a anti-oxidants for example chlorogenic acidity (an essential phytochemical in coffee), which makes them rather useless towards the body.  The majority of the studies stopped there using the laboratory results and also the word was spread towards the mainstream media.

Meanwhile, various other reserach has adopted this ‘problem’ much deeper in human trials with bloodstream tests, before, after and during ingestion of milk with tea or coffee. The outcomes have shown this interaction doesn’t seem to negatively affect total antioxidant capacity.  This might partly relate to an united nations-binding effect that naturally occurs during digestion.

Certainly one of my criticisms of this kind of scientific studies are relying an excessive amount of on in vitro studies and drawing conclusions from this.  But our physiques are much more complex than test tubes and petri dishes.  Double blind human tests with pre- after and during bloodstream work answers are more believable.  And conducted by independent research.  Used to do find research funded by Nestle.  Not really a reliable source, within my sometimes-not-so-humble opinion.

During digestion, the milk protein ‘un-binds’ in the anti-oxidants in tea or coffee.

Interestingly, even though the findings demonstrated that adding milk didn’t considerably affect “the overall bio-accessibility to coffee phenolic acids” using sugar and nondairy creamer did.

From another perspective, adding milk for your coffee or tea has other benefits.  It doesn’t only lead to bone health, however it lowers the temperature from the hot drink, protecting the sensitive tissues from the wind pipe from thermal burns, thus lowering the chance of esophageal malignancies.

Still, if milk isn’t your ‘thing’, steer clear of the non-dairy coffee ‘creamer’ (have you ever checked out the harmful chemicals within the ingredients list?) or soy based products and provide almond milk a go. Give a sprinkle of Ceylon cinnamon for your coffee – scrumptious!

Nondairy Creamer, although not Milk, Delays the look of Coffee Phenolic Acidity Equivalents in Human Plasma,Journal of Diet, Feb 2010 vol. 140

Is Coffee Bad for You?

Freya: Me: I sneezed\nWebMD: Cancer﻿

Pat Cavanaugh: Randy Rhoads, why do you take the Lord and Saviour's name in vain? It is so unnecessary. I ask myself the same thing about what are we supposed to eat. And what should we drink when even the water is unsafe. If we turn to wine, they say it has arsenic in it and alcohol will damage our brain cells. It's so frustrating. If we use a filter for the water, we aren't even supposed to eat bread because it will make us fat. I say eat whatever you crave, except sugar and red meat. Eat lots of non-gmo collard greens, raw or cooked, and kale and other veggies. Eat dark chocolate and drink at least one cup of organic non gmo coffee, but not at night. Use liquid stevia to sweeten desserts or when making homemade jellies or baking muffins or cookies or cakes. In other words, avoid processed foods and especially sugar. Use organic non gmo honey or coconut palm sugar for sweetening if you don't prefer stevia. Eat non gmo organic whole foods and buy an ice cream maker if you want to enjoy sugar-free ice cream made with organic heavy cream, organic pure vanilla flavoring and liquid stevia or coconut palm sugar or honey. Don't lose hope. There are lots of healthy options available. Keep searching. The cave men had to search for food. We only have to search the internet and order it and have it delivered. Find Non-gmo, organic food online. The same goes for beverages. I like flavored seltzer or "Honest Fizz" ginger ale, made with real ginger. Forget energy bars, they are loaded with sugar and not healthy at all. Make your own, with your own ingredients and be healthy.﻿

Jeff Krueger: I had a shirt like that 35 years ago.﻿

Yachiyd Shofeiym: My dad and all his 6 brothers were high coffee drinkers and they all lived to 102!﻿

Alpha Lite: Green Tea makes me cringe. Tastes like warmed up hay. By the way…would you marry me?﻿

Ben Miller: Bought some really cheap Chinese bulk green tea. That's exactly what it tasted like. It had a strong tea flavor, too, but the hay flavor was overpowering.\n\nThankfully, it'll make for a good "tea-smoked duck."\n\nOh, and good green tea is awesome. Maybe, though, you could try white tea? The tea leaves are younger and it has a milder flavor than the already-mild flavor of green tea.\n\nOr do you prefer the oxidized dark teas, oolong and black? If so, perhaps you have a problem with the raw plantiness of green.\n\nOr maybe you just prefer coffee, soda, beer, or any number of other flavored water solutions….\n\ndk;dc. To each his own.﻿